music? Let me tell you about music - The 2012 ESSENCE Music Festival is "Celebrating The Power of Our Voice" July 6 ... 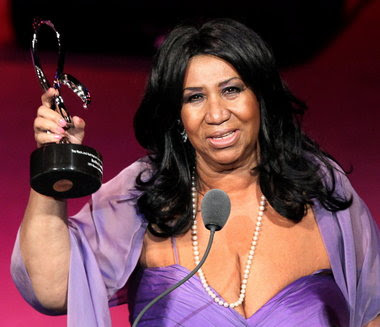 The 2012 ESSENCE Music Festival is "Celebrating The Power of Our Voice" July 6 ...

NEW YORK, Jan. 11, 2012 -- /PRNewswire/ -- The 2012 ESSENCE Musical Festival celebrates "The Power of Our Voice" during its 18th anniversary held in New Orleans July 6, 7 and 8. This year's theme reflects the audiences' turn to powerful voicesâ€"whether through song, the political arena or community organizingâ€"for strength and inspiration during challenging times. The annual Festival promises to deliver a stellar line-up of musical artists as well as leading thinkers, authors, innovators and influencers who will empower and motivate the audience to make a difference in each of their communities. The annual weekend of entertainment and empowerment will feature an unprecedented three days of cultural celebrations over the festive Fourth of July holiday weekend in the Crescent City. With a combination of iconic musical performances and thought-provoking dialogue, the 2012 ESSENCE Music Festival will be an unforgettable experience.

"The theme of this year's Essence Music Festival celebrates our most powerful voices. Whether it's Aretha Franklin, The Queen of Soul commanding respect or Rep. Maxine Waters demanding better conditions for our community, these powerful voices resonate with our audience like no other," said Michelle Ebanks, president, Essence Communications Inc. "As we all face a new reality in these critical times, we want to inspire our Festival-goers to leave this year's Festival even more resilient and motivated so that they can be empowered to create change in their own communities."

In addition, ESSENCE will honor iconic singer Aretha Franklin with "The Power Award." The Queen of Soul previously performed at the Festival in 1995 and 2005.

In addition to the colossal music line-up, the audience can look forward to the annual ESSENCE Empowerment Experience, which is free and open to the public at the Ernest N. Morial Convention Center. Festival-goers will experience three full days of socio-political dialogue, health and wellness discussions and spiritual inspiration led by dynamic motivational speakers. The initial roster of leading authors, speakers and leaders include: Steve Harvey, Rev. Al Sharpton, Rep. Maxine Waters and Dr. Steve Perry. The weekend will culminate on Sunday with a rousing All-star Gospel tribute honoring gospel mega-stars Fred Hammond and Mary Mary.

In an effort to continue to give back to the New Orleans community, ESSENCE will also partner with the City of New Orleans to benefit their initiatives focused on saving our youth.

For information about ticket sales, accommodations and the latest news about the ESSENCE MUSIC FESTIVAL, visit www.essencemusicfestival.com. Join the Festival community: follow us on TwitterÂ @essencemusic #EssenceFest and become a fan of 2012 ESSENCE Music Festival on Facebook.

The 2012 ESSENCE Music Festival, in partnership with QuintEvents, has createdÂ "ESSENCE VIP Events" to offer fans the ultimate in "insider access", with exclusive VIP ticket, travel and hospitality party venue packages.Â  The Official packages are available now at www.QuintEvents.com and will be featured on the Official website, www.ESSENCEVIPEvents.com in early 2012.

Essence Communications Inc. (ECI) is the number one media company dedicated to African-American women, with a multi-platform presence in publishing, live events, and online.Â  The company's flagship publication, ESSENCE magazine, is the preeminent lifestyle magazine for African-American women; generating brand extensions such as the Essence Music Festival, ESSENCE Black Women in Hollywood and Black Women in Music, Window on Our Women and Smart Beauty consumer insights series, the Essence Book Club, Essence.com, and ventures in digital media (mobile, television and VOD). For 41 years, ESSENCE, which has a brand reach of over 8 million, has been the leading source of cutting-edge information and specific solutions relating to every area of African-American women's lives.Â  Additional information about ECI and ESSENCE is available at www.essence.com.

Posted by RocoFuzzy at 3:26 PM