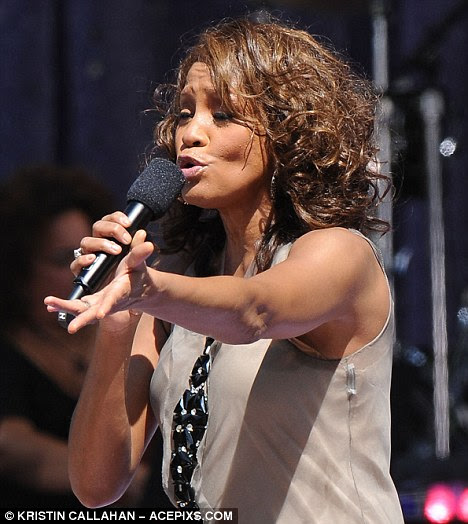 Bad apple?Â  The American multinational corporation, Apple, stands accused of hiking up the prices of their Whitney Houston iTunes collections right on the heels of her untimely death, according to the UKâ€™s Digital Spy.

Appleâ€™s price increases took place in the space of just 30 minutes after Houstonâ€™s death, but further reports indicate that label Sony Music is actually responsible for the hike.

The iTunes price of Houstonâ€™s 2007 Ultimate Collection album increased by $4.70.Â  Users of the popular site complained that they were unable to download the collection because the company was in the process of increasing their pricing.

Consumers accused Apple of being callous profiteers, while others tried to shame the mega-tech giant for being unashamedly greedy .

The Digital Spy reports that one customer, who claimed to have spent two hours trying to purchase the â€œUltimate Collectionâ€ at its original price stated:

â€œTo say I am angry is an understatement, and I feel it is just a case of iTunes cashing in on the singerâ€™s death, which in my opinion is totally parasitic. The album itself is great so please donâ€™t be put off purchasing it, just realize that you will merely be lining some fat catâ€™s pocket before Whitneyâ€™s lifeless body is cold.â€

Sales of the pop iconâ€™s recordings have soared since her untimely death was announced.Â  Houstonâ€™s monster 1992 hit, â€œI Will Always Love You,â€ is currently at the top of the iTunes charts and is also the No. 1 download.Â  Seven of Houstonâ€™s records are currently in the top 10 on Amazon.comâ€™s best sellers in music list.Â  Her â€™80s classic â€œI Wanna Dance With Somebodyâ€ is also in the top 10, and a number of Houstonâ€™s other memorable singles quickly re-entered the iTunes top 100.

It is expected that fans in mourning over the pop princessâ€™s death will keep her albums and singles at the top of the charts over the next few weeks.

The legendary singer Houston, who passed away suddenly on Saturday, allegedly drowned in a hotel bathtub after reportedly ingesting an overdose cocktail of prescription meds and alcohol.

News One Links
Posted by RocoFuzzy at 4:52 AM