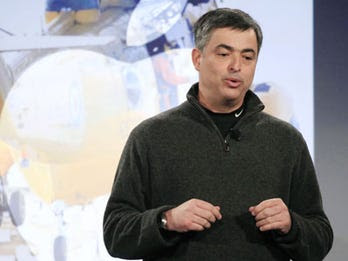 The "new" Apple TV is new mostly in name. The box itself is exactly the same on the outside, and the upgrades that do exist are modest--1080p support, a new single-core A5 processor, a redesigned user interface, and improved iCloud video support. In fact, if you flip between the two boxes (as I did during my testing), it's almost impossible to tell which model you're using.

Given that the changes in the new Apple TV are so minor, my buying advice remains largely the same. The Apple TV is an excellent streaming-media box, especially for those who already own other iOS devices and are invested in the Apple ecosystem. AirPlay is still a killer feature, plus there's dead-simple integration with other Apple services like iTunes Match, Photo Stream, and iCloud backup of your TV and movie purchases. However, the Roku LT remains a compelling alternative, offering significantly more content sources at half the price, especially if you won't take advantage of the Apple-centric features.

What's most interesting is what the Apple TV's changes hint at. The new interface makes your TV look a lot like a giant iPad, with large icons for each service, seemingly paving the way for a true app store to hit the Apple TV some day. And while 1080p output may not make a difference right away, it could play a bigger factor when full-screen AirPlay mirroring comes to Apple's new Mountain Lion operating system. If you already own the old Apple TV, there's not a compelling reason to immediately upgrade, but I wouldn't be surprised if the new Apple TV gets some major upgrades down the line.

Design: Same sleek, black box
The look of the Apple TV hasn't changed from the last incarnation, but it's still the best design around. It's just a simple, unobtrusive black box with a small white light on the front when it's in active use. Around back are just a handful of connections, including HDMI, optical audio output, Micro-USB (for service only), and Ethernet. There's also 802.11n Wi-Fi built in for connecting to your home wireless network. Note that HDMI is the only video connection available, so if you have an older TV, you're out of luck.

Unlike most other streaming boxes, the Apple TV's power supply is built-in, so there's no wall wart or bulky power adapter. It also gives the Apple TV a useful heft; Roku's boxes are so light that they can easily be "pulled" by the weight of an attached cable.

The included remote is minimalist in a classic Apple way. It has just a navigation circle at the top, a Menu button (which doubles as a Back button), and a Play/Pause button. That may not seem like enough, but we never felt the need for additional controls. Skipping forward and backward is intuitively done with the navigation circle and although we thought we wanted a Mute button, Play/Pause worked just as well in every instance we ran into.

The Apple TV can also be controlled with an iPad or iPhone using Apple's Remote application, and it works well. You can remotely control music from your iTunes collection, and use swipe gestures to navigate menus. We did prefer using the actual remote for navigation, but if you already have your iPhone out, it's useful in a pinch. If you're playing music from your iOS handheld and the Apple TV is hooked to a separate audio amplifier, you won't need to have the TV on, either.

User interface: New, but not necessarily better
If you're used to the old Apple TV, the most noticeable difference is the new user interface. Gone are the old list-style menus, replaced with larger cover art at the top and square icons along the bottom for movies, TV shows, music, computers, and settings. Navigate farther down and there's a grid of icons for the Apple TV's other supported services; it looks a lot more like the screen of an iPad or iPhone than ever before. I'm not sold on the idea that the new home screen is better than the old design, but it's not a huge step in the wrong direction.

Selecting movies or TV shows brings you to the updated iTunes interface, which is more of an improvement. There's now a menu bar along the top of the screen letting you jump to useful features like your purchased content and content you'd added to your wish list. Below there's a carousel of promoted content, followed by cover art broken down by categories like new releases and genres. If you're willing to pay for content, iTunes is still the best place to do it.

iTunes Store: Movies, TV shows
The iTunes Store has been through many incarnations on the Apple TV, but it's in the best state it's ever been in. TV shows are $3 for HD, $2 for SD (although it's increasingly rare to find the SD option); movies are $5 to rent in HD, and anywhere from between $10 to $20 to purchase. The selection of content is excellent, including some sources that don't show on competitors like Amazon Instant, such as Cartoon Network's Adult Swim content.

Hide Review
Posted by RocoFuzzy at 10:58 AM